Cameras are ubiquitous. Whether it’s in public or private, these days it’s almost impossible to escape the electronic gaze of a security camera. A growing trend in the surveillance industry is the rise of hidden cameras. Having visible cameras still has its advantages, but many prospective purchasers of cameras often ask themselves: how do I know when to use hidden security cameras versus visible security cameras?

The security experts at Hi-Tech Security can not only help advise you on the best security set-up for your home, but they can also assist with installing the cameras themselves. With a better understanding of the differences and similarities, you’ll be able to decide whether to use hidden or visible security cameras in your home security set-up.

Cameras are not a surefire way to prevent burglaries, but they are among your best options when it comes to passively securing a part of your home to proactively deter would-be criminals, or simply to keep a watchful eye on your property at all times.

Visible security cameras come with a few unique benefits that enhance their effectiveness as a deterrent:

Hidden security cameras, while similar to visible cameras, offer some distinct differences, with the most obvious one being that they’re not easily seen. While there are some cameras on the market disguised as ornaments or decorations, most hidden security cameras are simply placed inside another object – hence their name. While they’re still cameras, they offer a few differences that have to be considered in comparison to more traditionally visible cameras.

Get a Camera System for Your Florida Home or Business

Don’t continue to put your home, business, or commercial storefront in jeopardy. There’s never been a better time to protect yourself, your family, or your investments with a surveillance camera system from Hi-Tech Security.

Our professional and experienced security specialists have served South Florida for more than 14 years. We’re eager to add you to our list of satisfied clientele. Schedule an appointment by calling us at (954)-394-2292 or book an appointment online today. 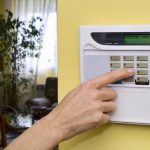 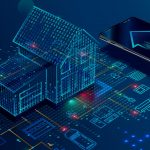 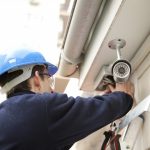 Where to Place Security Cameras Inside Your Home